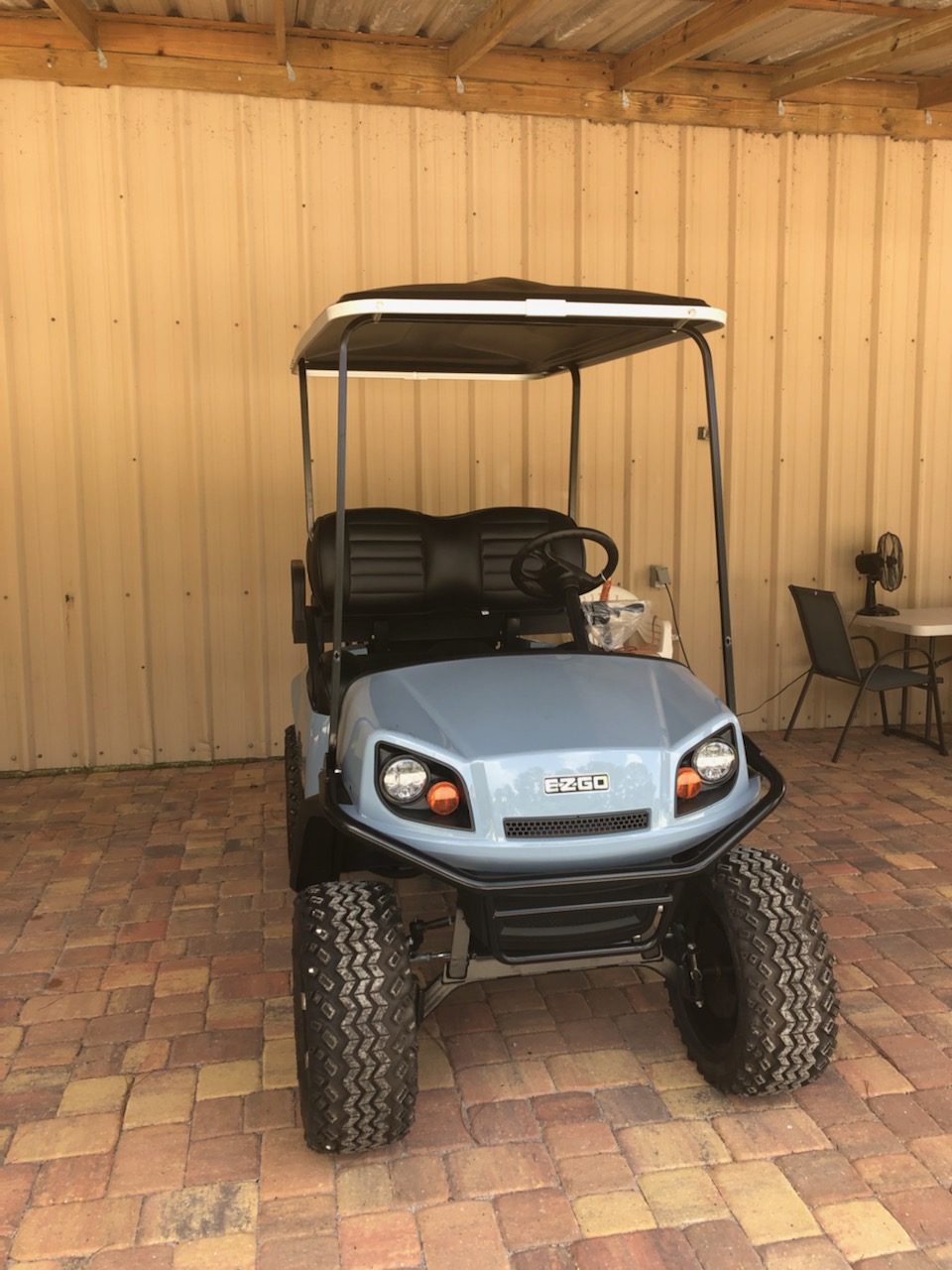 Once upon a time (in 1954) in a tiny garage in Augusta, Georgia, two brothers – Billy and “Bev” Dolan – set the E-Z-GO saga in motion. Interestingly enough, it was the day after Bev returned from his tour of duty in the military, and their first golf carts were built with the military surplus 24 volt motors which originally operated the wing flaps of the legendary B-17!

Once the boys and E-Z-GO “took flight”, they moved production to Grovetown, Georgia, where their golf carts could be more quickly assembled and mass produced by a machine shop. Things progressed famously for the brothers, and they were flying high. Then, barely four years later in 1960, the Dolan brothers sold their burgeoning company to Textron. The owner of Textron was an avid golfer and self-proclaimed lover of the game, who retired the following year…most likely to play more golf.

Billy and Bev stayed on board until 1978, the year that Billy teamed up with some Textron employees and a few investors to purchase Club Car. Then, Billy came full circle and moved things back to Augusta, Georgia, where Club Car remains and flourishes as one of the country’s top golf cart manufacturers to this day.

In 1997, Textron bought Cushman – I know, I know, I should be fined for my impressive golf cart manufacturer name dropping! Cushman Commercial industrial vehicles and the entire E-Z-GO line of remarkable carts are, of course, also still manufactured today…and enjoyed for their varied uses and durable, reliable construction.