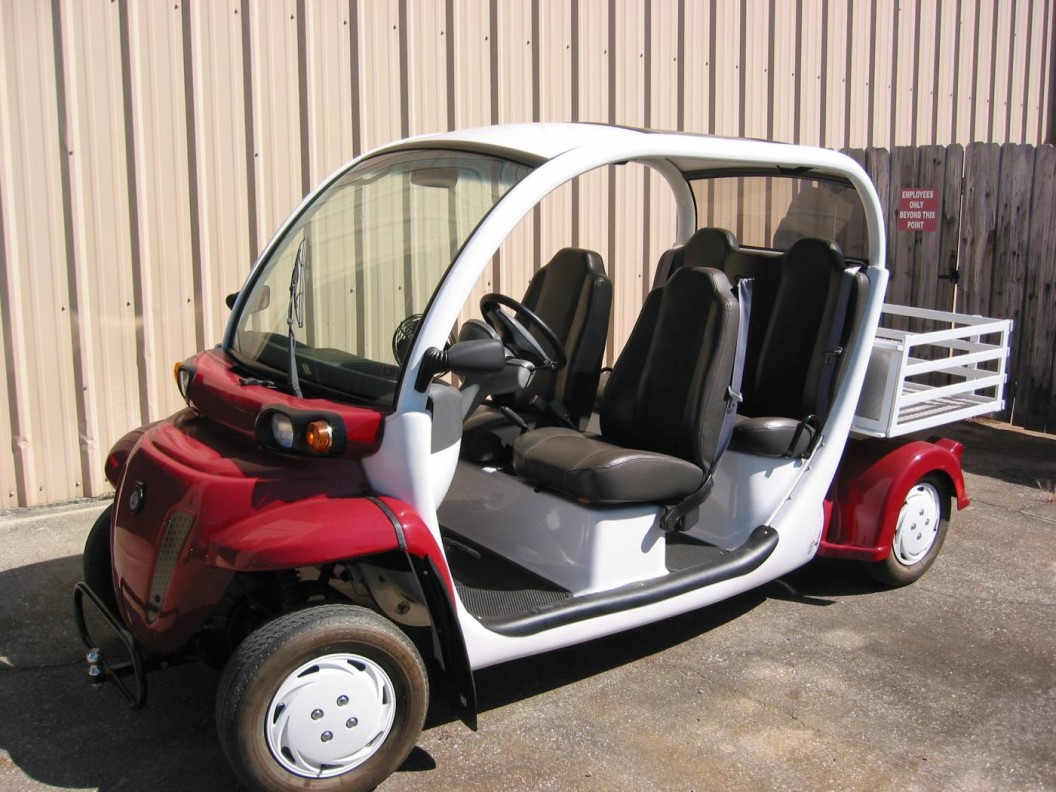 Their customers continue to help them grow, giving Gulf Atlantic Vehicles the highest compliment, referring their friends and family for all their golf car needs. Please stop by for a visit and test drive a vehicle just right for you!

Gulf Atlantic Vehicles, 3298 Pioneer Trail, New Smyrna Beach, FL 32168, is licensed and insured, helping to give their customers that extra peace of mind. Their employees are covered under worker’s compensation insurance while working on your property.

With our large selection of vehicles and accessories in stock, you can see first- hand the items you are most interested in. To make your golf car shopping easier they will beat any local competitors’ advertised special on comparable in stock items and cars. Comparing “apples to apples” isn’t always easy but at Gulf Atlantic Vehicles they give you the information you need to make an informed buying decision.

The first golf cart was a 1932 homemade cart, it became popular with people that had disabilities. It was not till the early 1950s when people started using them on the golf course. The early manufactures of the golf car were Marketeer, Cushman, Lektro and E-Z_GO. Harley Davidson started making them in 1963.

It was not until the early 1970s when the gas golf car made its debut and became a huge hit with the public. Electric golf carts arrived at the first courses to use them in 1951. Merle Williams from Reading, California produced the first electric golf carts using knowledge he attained from electric cars produced during the World War Two gasoline rationing period.

Columbia ParCar Golf Carts began operations in 1946 and in 1954 E-Z-GO and LEKTRO began production and in 1955 Cushman began production. Club Car was founded in 1958 and Harley Davidson even started making golf carts in 1963. Melex in the early 1970s.

Gas golf carts came upon the scene in 1971 and immediately became a huge hit. Currently you will see both gas and electric carts at most golf courses. In 1979 Yamaha started making the G-1. The G-1 had a two-stroke and oil injection system. The electric version of the G-1 came along one year later.

Today, Golf carts are not just for the golf course. Other uses include but not limited to small communities. The Villages in Florida use 50,000 cars just to get around. Campgrounds, apartment complex, farm, storage unit personal, beach, large warehouses, hunting or just a personal golf cart.